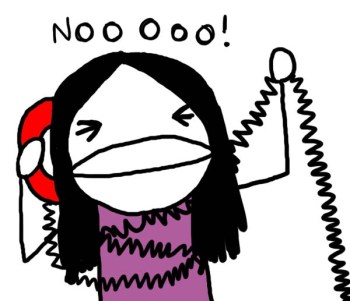 I once dated a young man who loved The Simpsons.  We worked together, and throughout the day he would come up to me and spout random quotes.  One of his favorites was, “The problem in the world today is communication.  Too much communication.”  And then he would walk off.  Yep.

I just entered that weird phase that NO ONE WARNS YOU ABOUT where you’re old and young all at the same time.  But, I’ve lived long enough to firmly believe that most relationship (friends, family, romantic) issues could be worked out if people actually had the courage to communicate…and maybe the insight as to when and how to communicate.

Bringing up a deep topic, or something that’s really bothering you, while the other person is tired, or frustrated, or distracted with their phone, or, well, generally not listening – that’s NOT communication.  You gotta pick your time carefully.

So, you might need some patience, and a lot of prayer.  But, even if you have to wait two days, or two weeks, it’s still important to talk about whatever was bugging you at the time.  Simply “forgetting about it” (in my experience, no one can truly “forget about” something – it’s down there  … lingering  ….festering …. ) never helps anyone.  You need to talk it out.

Now, saying that, I should add, that I’m a pretty huge hypocrite in this area.  There are several conversations I’m never going to have with several people in my life that maybe I should.  There are words I am never going to say.  Because I’m convinced that those words aren’t going to do any good.  Due to the character of one of these people, speaking to him would do more harm than good.  Sometimes that happens.  And because of that ,I have a lot of hard work to do on my own – working through stuff.  But it’s important to work through the pain and anger; if I’d just ignore it, well, that’s when I allow bitterness to settle in.  And bitterness is the great unspoken sin.  It’s a couple steps away from hatred.  Don’t go there.

I’m not going to talk about some of the hurts and pain I’ve been given from another friend because they happened years and years ago, and I know she wouldn’t remember them.  She’s a different person now.  I’ve had to do the hard work to see that, to work past long-ignored pain that was blinding me to the woman she is now.  And I’ve promised myself that from now on, now that I realize how important it is, as other stuff comes up in our friendship (because, in a true friendship, stuff occasionally comes up) I will talk to her about it.

See, it’s important to work out our pain.  It’s one of the ways we let it go, one of the ways we release it.  It’s vital that we talk about it with the person who hurt us – in the right time, the right place, the right attitude.  I cannot stress how important the right time, place and attitude are!!!  They are key, vital, imperative, crucial…you get the point.  So, pray about it.  Pray as you’re in that moment, knees bent, wound freshly bleeding.  Pray for God to give you the words to say to help the other person understand things from your point of view.  Pray for God to restore the relationship.

But, whatever you do, don’t pretend that it doesn’t matter.  Or that you’ll get over it.  In fact, we’re commanded to not ignore this stuff.  Ephesians says to not let the sun go down on our anger.  Talk it out, or if the time and place (or attitude) isn’t “right” yet – write it down, journal about it.  Or draw a picture about it.  Go for a walk and write a note that you need to talk about it.  Pray about it until you have peace.  But don’t go to bed still hurt and angry.  It doesn’t make for very restful sleep.  Believe me.

I’m convinced that many of the abandoned relationships that lay shattered on the ground all around us could have been saved had people just talked about stuff – before the hurt got too deep, or there got to be too many of “not big deal” wounds.

Relationships are important, people are important.  And guess what, relationships can’t really have any sort of depth without communication – in whatever form that looks like for you.  You HAVE to talk – about the good stuff, the fun stuff, the everyday stuff, the painful stuff, the angery-ifying stuff, the scary stuff.  Real friendship means telling the other person the stuff that never makes it to Facebook, or Instagram, or Twitter.  It means being very open with each other.  It means trusting the other person.  Lots and lots of trust – and forgiveness.  It has to happen, or else the relationship becomes unhealthy.  And well, unhealthy relationships don’t tend to last.

They are two of the few things (if not the only two) that you get to take with you to heaven.  So make sure you take care of them.   Talk stuff out, don’t pretend it doesn’t matter.   It does.  You know it, and so do they.

And while I actually do believe there is such a thing as “Too much communication”, I believe that has more to do with focusing on the something, and never allowing yourself to grow. Or you’re telling the world facts that hurt another person.  I’m sure there are examples, but they’re not the point of this particular blog.  For the most part, in real, deep, lasting relationships, there is NO SUCH THING as “too much communication.”

So – go communicate people!  Even if it means awkwardness, or a red face, or a shredding a napkin while you’re trying to get the words out.